Richard grew up, studied and commenced his legal career in South Wales. He quickly became a civil litigation partner of a high street firm in 2001, predominantly practising personal injury.

In 2007 he left Wales to take up a more specialist role in Stroud, Gloucestershire conducting multi-track litigation for clients with life-limiting/life-threatening conditions caused by head and spinal injuries and asbestos related industrial diseases, to include lung cancer and mesothelioma. Additionally, he also established a successful employment law practice and was widely recognised for his expertise in health and safety legislation.

Richard was recruited by Harris Fowler in 2012 to further develop his many years of experience in acting for clients who have suffered serious and catastrophic injuries. His particular area of expertise is representing clients who have been exposed to asbestos. He is widely recognised as having acted for the former employees of Fibrecrete Limited who contracted lung related diseases by breathing in dust and fibres during the manufacture of asbestos cement products between the late 1930s and early 1970s. Richard is also proactive in raising awareness of the dangers of working with asbestos through published articles, radio appearances and presentations.

Richard is highly motivated on a daily basis to ensure that his clients receive the most comprehensive compensation packages for their injuries and financial losses in tandem with the best medical treatment available to alleviate, if not relieve altogether, their accident related symptoms.

Richard currently lives in Bath, Somerset. He is a keen landscape photographer, exhibiting his work regularly as well as finding the time to chair a local photographic society. 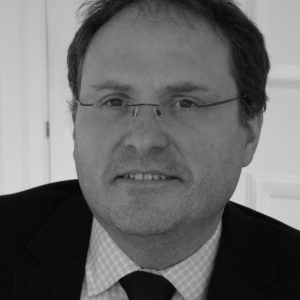 I would like to start by thanking the team at Harris Fowler. Emma Dunn, Hannah Connelly, Richard Brickley and Timothy Grice for all there support and guidance throughout the claim. Litigation is a very challenging process that was made easier by the team at Harris Fowler who went above and beyond what I expected reassuring me with honest and supportive advice. Furthermore if you should find yourself in a situation where you need legal assistance with a personal injury claim. I would strongly advise giving Harris Fowler and the team a call.

I received professional and…

I received professional and compassionate service throughout a lengthy, complex and keenly fought case, recently brought to a satisfactory conclusion. Richard Brickley and Hannah Connelly were ever present and helpful in extremely difficult times. I would have absolutely no hesitation in recommending Harris Fowler solicitors to anyone seeking the very best in their field.

I would 100% recommend Harris Fowler to anyone who is seeking a professional lawyer. Richard Brickley and Hannah Connelly had supported me with my case (it was not an easy one at all!) and they were always happy to answer any queries or questions I had and kept me up to date throughout the process. I cannot thank them enough for their help.

Hannah & Richard are both fantastic

Hannah & Richard are both fantastic, and have been extremely helpful and supportive over the last few years. Nothing was ever too much for Hannah, and was always on the end of the phone when I needed advice. Thank you again for your brilliant service.
Previous
Next