Richard has practised in the field of personal injury law acting for both Claimants and Defendants since qualifying in 1993.

He spent 15 years with a firm in Gloucester before working as a Defendant lawyer in Newport, South Wales and then returning to Claimant work with a firm in Bristol. He joined Harris Fowler Solicitors in January 2014.

He has experience across a range of personal injury claims including road traffic accidents, accidents at work and public liability tripping and slipping claims. Whilst in Bristol he developed an interest and specialism in industrial deafness claims.

He has been a member of the SRA personal injury panel since 2001 and an accredited APIL Senior Litigator since 2008.

Richard has acted on behalf of severely injured Claimants and has settled several high value claims including that of a cyclist who was injured when he cycled across the path of an oncoming car late one night. The cyclist suffered severe head injuries and was left in a persistent vegetative state with reduced life expectancy. The case settled for £1 million shortly before trial, after apportionment for liability.

Richard has found that his experience as a Defendant lawyer has greatly benefited his work representing Claimants. Richard enjoys the diversity of work as a personal injury lawyer and derives great satisfaction from achieving the best outcomes possible for clients as quickly as possible.

Outside of work Richard enjoys reading, tennis and walking in the Cotswolds and Lake District. 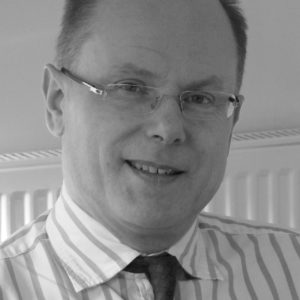